White-Collar Crime is a non-violent crime wherein the principal intention is to make financial benefits through illegal routes. Such white-collar criminals use their position of power or prestige in the organization to conceal, deceit or violate trust for their personal gains. Such crimes result in financial losses of millions of dollars every year.

In the 1930s, American sociologist and criminologist Edwin Hardin Sutherland coined the term “white-collar crime” to describe those types of crimes in which a perpetrator is a person of respectability – people who possess high social status. The most common motives for these crimes include either gain (or avoid loss) of money or property or to gain an advantage at a personal or business level. Some of the high-profile individuals who have been convicted for white-collar crimes in the last couple of years decades include Bernard Ebbers, Ivan Boesky, Bernie Madoff, and Michael Milken. 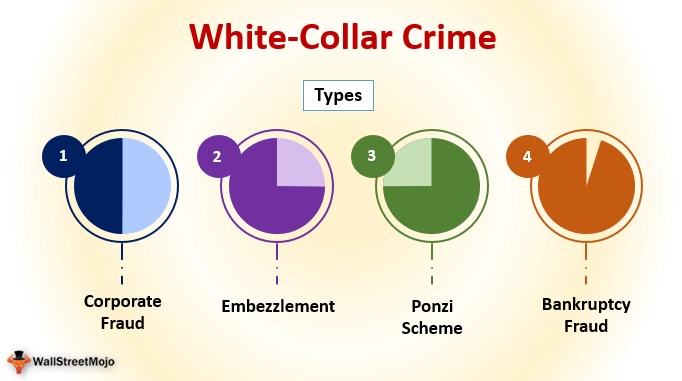 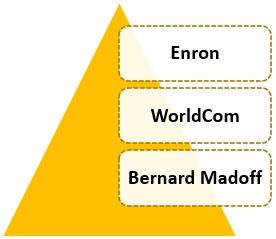 In the year 2002, surfaced the scandal of Enron wherein the company employed schemes to hide its losses and fake profits. Soon the company filed for bankruptcy, and its share prices plummeted from its peak of ~$90 per share to just $0.67 per share. Some of the felonious practices used in the case included the use of off-balance-sheet items like special purpose vehicles (SPVs) for hiding soaring outstanding debt and toxic assets from the eyes of the stakeholders. It is one of the most complex white-collar criminal cases investigated by the FBI.

In the case of WorldCom, the internal audit team discovered improper accounting of expenses to the tune of $3.8 billion over a period of five quarters. The restatement of the accounts resulted in wiping off of all the profits that were previously booked for the period from Q1FY2001 to Q1FY2002. The company fired Scott Sullivan (CFO) and forced David Myers (Senior VP & Controller) to tender his resignation. Additionally, more than 17,000 employees of the company had to be laid off. It is considered to be one of the major accounting scandals in the US.

In the year 2009, came one of the most infamous white-collar criminal of history – Bernard Madoff, ex-Chairman of NASDAQ. He was convicted for running a well-planned Ponzi Scheme that cost the investors around $65 billion. In the disguise of the wealth management scheme, Madoff raised funds from new investors to pay the former investors, and not a single penny of those funds was ever invested. Finally, in June 2009, Madoff was found guilty and was sentenced to 150 years in prison, sending a strong signal to any future perpetrator.

This has been a guide to What is White-Collar Crime & its Definition. Here we discuss its examples, types, and how to identify such crimes. You can learn more about from the following articles –